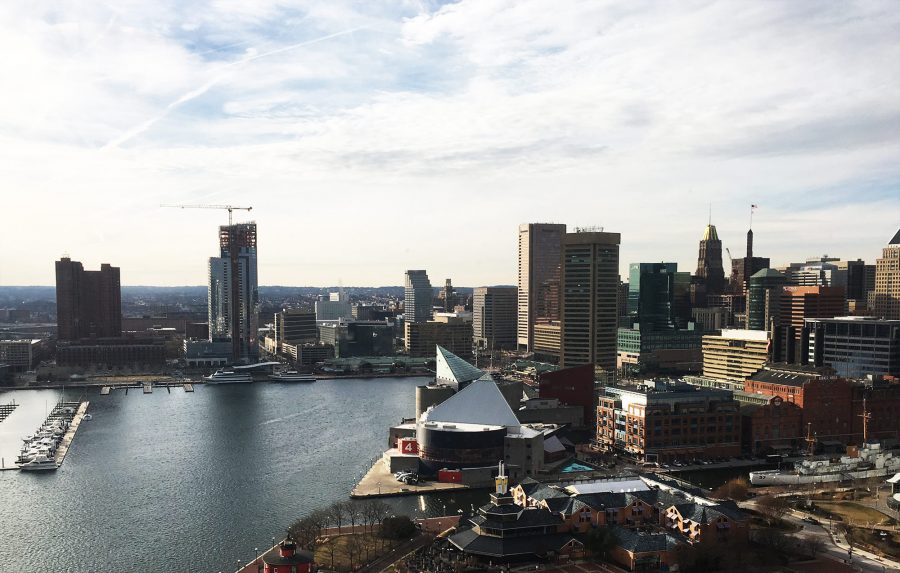 Bringing Back Spitters To The land Of The Free! 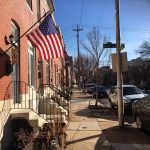 As I glanced up at a imposing phallus on a dive-bar wall and received an earful of frank advice from a streetwise bartender with a prison tan, I couldn’t help thinking that Baltimore was a strange town to host the world’s biggest cider gathering. I felt rather a long way from the soils and orchards of the Creedy Valley.

You see the USA is still getting back to grips with cider. “We’re building the car as we’re driving down the highway”, boomed Bruce Nissen – US cider legend, and founder of Crispin Cider, to a hall of 1000+ movers and shakers in the world of American cider. Three floors of the enormous Marriott Waterfront hotel in Baltimore resounded to the intricacies of orcharding, cider production, branding  and sales for three days solid. There is a lot to do, and a huge market to serve.

New Shoots Of An Old Tradition

I said “back to grips” because before Prohibition in 1919, the cider market stood at 25% of volume – in today’s market, worth $60bn… yup. Now the rise of wine into the cider space pretty much negates any talk of an industry currently indexing a little over half a percent rising all the way back to its former glory. But this is a country that was proud of great cider, and revelled in it’s ‘Spitters’ the class of apple used to define what we call our bittersweet cider varieties. Inedible, but oh, so drinkable. Prohibition meant these fine trees had no purpose, and met the axe and the woodfire. 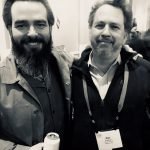 I was at the first ‘big’ CiderCon in 2015 in Portland Oregon. And whilst the energy and spirit alone was enough to drag me back to Baltimore, the content and the knowledge this time around were an impressive step-up. There are some brisk new cider businesses mostly run by impressive, motivated and ruthlessly brand-aware Gen-x and Millennials – and if you’re business is more than 5yrs old – you’re as good as George Washington.

They are mainly making ciders which would struggle to succeed in the recognised cider regions of the world, but they are becoming popular – resonate in a market hungry for choice and natural products and because they are new, they are cool.

But they’re using the wrong apples. There is a plentiful supply of cooking and eating apples and effectively no bittersweet. On my last trip I calculated that our little Devon firm was harvesting more acres of cider orchard, than grows in the whole continent of North America. The ciders they are making from non-cider fruit typically produces either thin and sour, or when back-sweetened confected and limp cider. Otherwise it’s flavoured to death with adjuncts to give complexity and mouth-feel where otherwise there is none. Sure you can make wine from parsnips, you can mash a cauliflower and call it rice, but cider is made from cider apples. One too-cool-for-school maker stated that it was in his company’s mantra ‘We don’t make an apple cider’. Jeez.

I have great sympathy for the plight of the US cider maker. It’s the same problem that faced the cider makers following prohibition, orchards take time to establish and desert apples are a third of the price of proper cider fruit. But the change is coming. Thirty years ago people were laughing at US wine, squashed from the Concord grapes you would’ve taken to granny after her hip replacement. A methuselah of 1992 Screaming Eagle Cabernet from the Napa Valley sold for $500,000 at auction in 2000. How do you like them grapes? 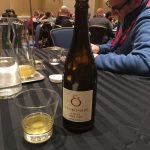 At a tasting of heritage style ciders there was further cause for optimism. An apple grower from the audience asked in the group discussion whether he ought to plant new acres of real cider apple varieties – or whether cider was a mere flash in the pan. The Jim Morrison of global cider, Ryan Burk – cider maker for US market leaders Angry Orchard responded with the perfect question in response. “Hands up in this room if you’re a cider maker who wants bittersweet apples?” – an orchard of arms burst into the air. Burk’s own speciality ciders coming out of upstate New York are brilliant, they could more than hold their own on a farmhouse table on Dartmoor – and his vision is bringing the industry around to joy and depth of an industry which has always been built on the quality of it’s orchards.

Bravo to CiderCon 2018, and bravo to all the cider makers who are determined to right a century-old wrong and bring back the ‘Spitters’ to the land of the free.