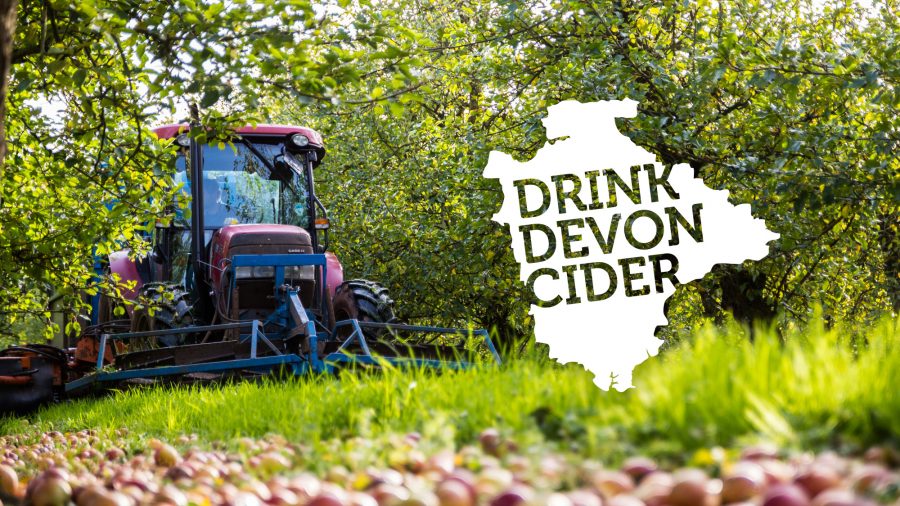 We love our cider in Devon. Did you know that in 2017 we drank over 193,000,000 litres of the stuff? But only 1 in 5 of those pints was actually cider made from Devon apples.   Its a shame when you consider that our county produces enough cider apples each year for us to drink nothing but Devon cider!

Devon and cider go way back, in fact cider has been produced in Devon for over 2000 years, the hillsides of Devon were once filled with cider apple orchards.  Take Crediton for example, and in particular our home here at the Cider Works, cider has been produced on this site since Victorian times and since then it has pressed enough apples to fill 19 Olympic swimming pools. The Creedy Valley Cider company was one of the country’s most reputable producers. Their popular stoneware flagons were sold across the West Country and can still be found from time to time on eBay today!

The Fall of Devon Cider

The success of Creedy Valley and other Devon cidermakers did not go unnoticed and eventually Creedy Valley Cider was sold to HP Bulmer & Sons and then unceremoniously closed in 1967, a fate echoed by many others in the county.  The industry was almost destroyed overnight, and many cider trees were torn from the fields to make way for housing.

Taking it Back! Devon Cider for Devon!

We’re on a mission to change that! Since 2002 when Sandford Orchards began, the team here have worked tirelessly in restoring  craft and reputation to Devon’s cider industry. All our ciders are made solely using Devon cider apples, grown within 30 miles of our press, from those orchards planted by cider makers before us.  The varieties we use have such weird and wonderful West Country names such as Slack Ma Girdle and Billy Down Pippin.  We’ve been planting new trees too.  In 2017 we planted over 22,000 new trees in our orchards and pressed over 17 million apples. Our ciders can now be found in pubs, bars, supermarkets and independent shops across the county.  We’re also proud to be served on the bar of the shows and festivals of Devon across the summer.

But we need your help.  Devon produces enough cider to make everyone of those 193,000 pints of cider a Devon cider, so next time you’re in the supermarket, or at your local, make your choice a Devon one.  And if it’s not there, then ask, do it for Devon, Demand Devon cider!