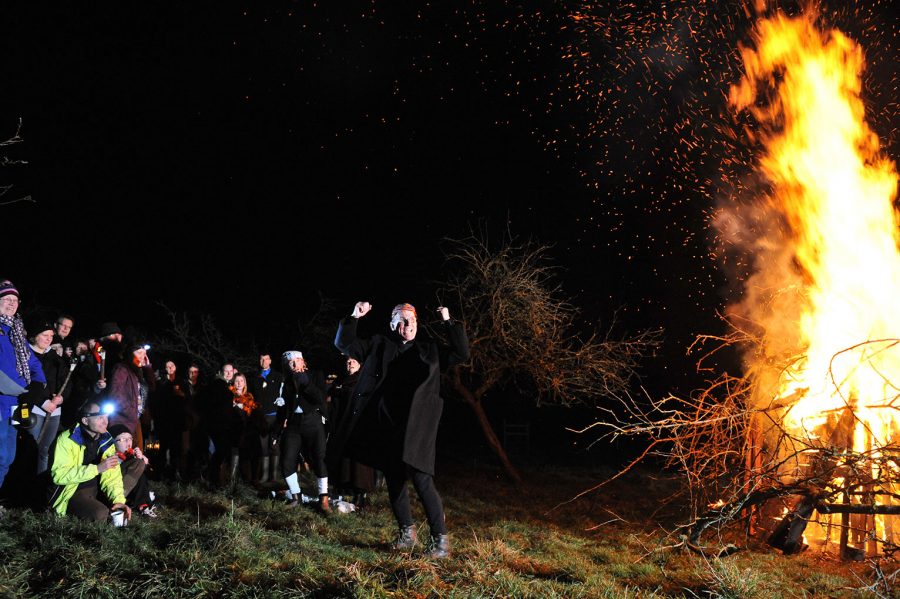 In the dark and gloomy evenings of mid January, a strange sight can be seen up and down the West Country. Processions of people armed with pots and pans can be seen flanking a mysterious figure with a distinctive green hue, lit by flaming torches. Welcome to the ancient pagan tradition of wassailing. This magical scene has graced the streets of England’s cider making counties for centuries. Wassail, from the old Norse ‘vaes hael’ meaning good health, has been occurring throughout England since feudal times to bless the orchards and scare off evil spirits to ensure a good harvest the next year. So if you’ve ever wondered what was involved, here’s a brief guide to wassailing, Devon style! 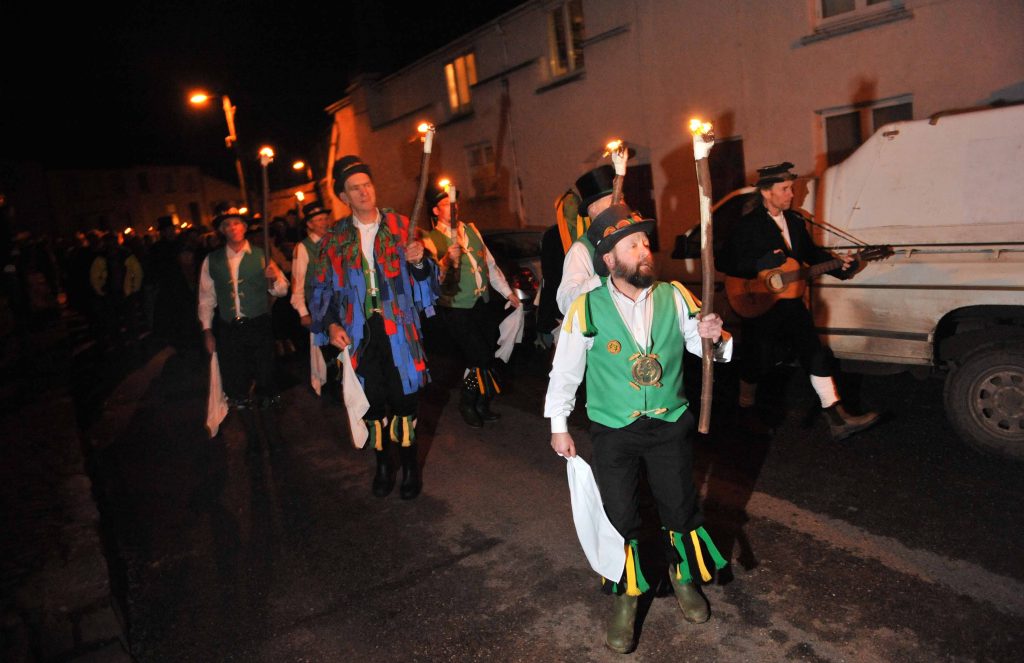 The Green Man, along with the wassail queen (or king) leads a parade to a tree, often the oldest in the orchard. Traditionally apple cake is shared amongst the revellers and whoever finds a clove in their cake becomes the queen (or king). Adorned with a crown of ivy, the queen dips a piece of toast in some cider which is lifted and placed in the boughs of the tree to attract favourable spirits. More cider is then poured round the base of the tree, and evil spirits are scared away with loud noises – pots and pans are banged together along with lots of shouting, (making as much noise as you like, kids love this bit!) The tree is serenaded by the crowd often with the traditional wassailing song, followed by a volley of shotgun fire. The evening wouldn’t be complete without traditional morris dancing and more often that not a specially written Mummers play. 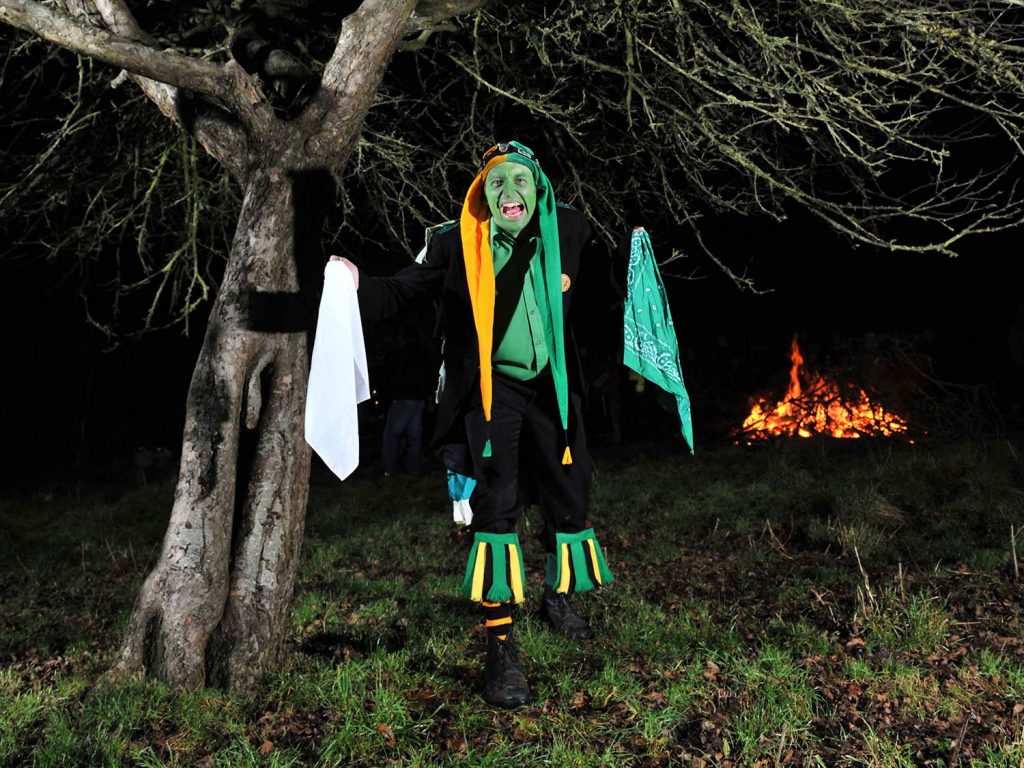 Bonfires are lit to keep away the spirits and the evening ends with much cider drinking and merriment. So if you hear of a wassail near you, why not go along, grab a drink and toast the apple trees!

SING: Old apple tree we wassail thee
And hope that thou shalt bear
For the Lord doth know
Where we shall be
Come apples another year.
For to bloom well
And to bear well so merry let us be
Let every man take off his hat
And shout out to the old apple tree.

SHOUT: Old Apple tree, we wassail thee,
And hoping thou will be
Hat fulls, cap fulls, three bushel bagfuls
A little heap under the stairs.

One comment on “Old Apple Tree We Wassail Thee..”