Breathing Life Back Into The Oldest Cider Mill 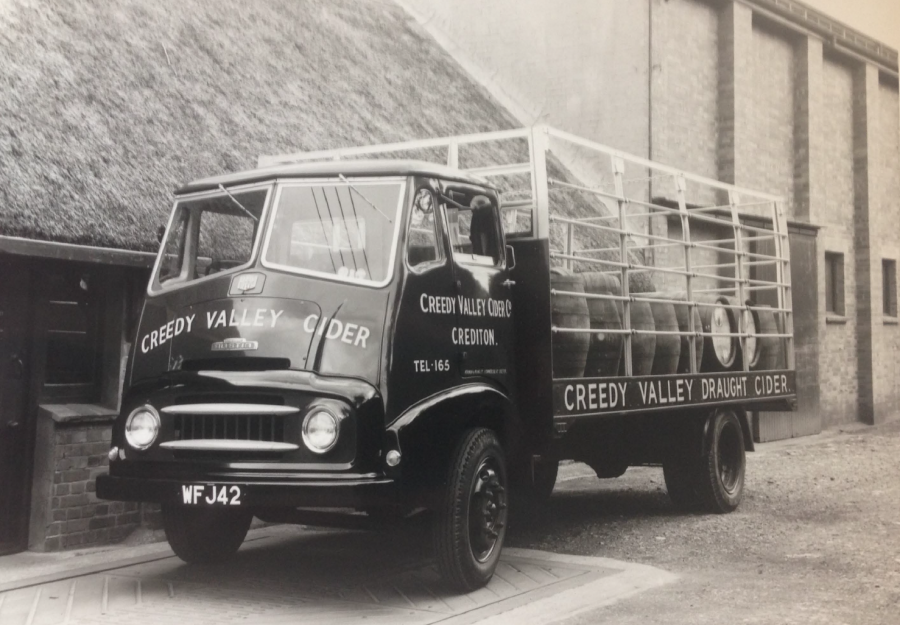 Breathing Life Back Into The Oldest Working Cider Mill

If anyone was going to take cider out of the 19th century and into the 20th, it was going to happen in Crediton. The Cider Works (also known as a cider mill) pre-dates any of the industries which now ply their trade in ‘Our Lords Meadow’ – a muster point for King Charles during the Civil war, now a pleasant, unremarkable trading estate. The Cider Works is an imposing building which looks out over the valley – and stands as an emphatic reminder of the importance and status of cider to the town and wider area. It’s a big steel and brick building, built on the north side of a steep hill. The vat house is cut into that hill, and so maintains a smooth cool temperature all year long – neither freezing in the winter, nor warm in the summer. Perfect for fermentation and storage of good cider.

Crediton’s early fame was for its woollen cloth. The weavers of the town had international renown, and serge produced in ‘Kirton’ was considered the finest available in Europe. Transported by river and sea and traded in Florence, Devon was woven into the silk road. This same road delivered us the apple tree from the Ural mountains of Kazakhstan.

Whilst other towns gradually took Crediton’s crown for cloth production – Crediton’s love of the apple only grew. By the early 20th century enough apples were grown just in the gardens and small-holdings within the town itself to keep the entire town tipsy all year. This is without the colossal output of large planned farm orchards. Crediton, Sandford and the surrounding area was and remains cider country. In his superb ‘Book of the West’ Sabine Baring-Gould devotes a chapter to Crediton, of the eight pages – seven are dedicated to recording the significance of cider to the town. The trading links of the Devonians via its many ports explains the similarities between Norman cider making techniques and Devonian methods, not seen in other counties. 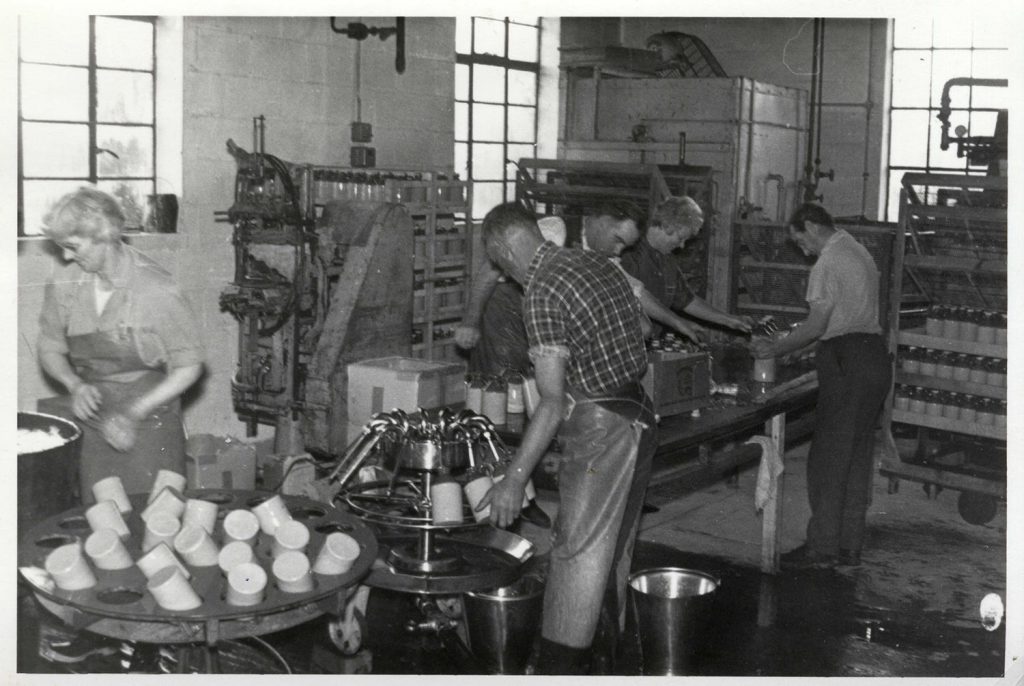 The site of The Cider Works had been a cider mill before the major new construction and expansion was made in the early 1930s. Owned and run by the Burrows family who had a busy hotel and pub business. The Burrows were made an offer by a local firm, Norman and Pring who owned pubs and two local breweries. George Burrows took the job as head cider maker of the new Creedy Valley Cider company, and grabbed his chance to make cider his full-time occupation.

The concept of a ‘Cider Works’ was new, it represented a move away from the farm, and the embracing of modern methods.  All forms of manufacturing started to come away from the barnyard, and hearthside and were re-imagined and improved. Good manufacturing is the skill of achieving the best possible product, with the fewest mistakes time and time again. Brewers and cider makers began to look at the huge advances in other industries and apply the method to their world. Out went the hundreds of small barrels, prone to leakage and infection – in came impressive oak vats, easier to clean, strongly made and far less susceptible to spoilage. Out went the small, slow presses which meant apples could lie around and rot before being pressed – in came efficient mills and presses. Huge knife mills ate through the apples and hydraulic presses rapidly extracted the juice. With slick rail cart systems they kept a constant throughput and harvest and pressing ran side by side as we do today.

And all was well in the town. Creedy Valley Cider employed scores of staff, the locals and well beyond into neighbouring counties enjoyed the peerless ciders produced in prodigious quantity. The local farmers had a market for their fruit, and in the year that the Royal Show visited Devon in 1952 Creedy Valley scooped first and second prize in the longest running cider competition in the world. The Devon County Cider Championship. Sadly in 1964 the business became a target for the big-boys. It was the pubs owned by the parent company that Whitbread were after – and Creedy Valley Cider was boxed off in the sale. Eventually ending up with HP Bulmer, who ran down the stocks and closed the business for good in 1967.

New Life At The Cider Works

The great goliath slept, whilst the vats were dismantled, the presses and mills removed and became temporary home to other firms. I was 26 before I learned that the mighty hulk on the hill was once a cider factory. I learned it from my rugby coach’s dad, Owen Burridge. Owen was the last working cooper in our town – a trade of seven years apprenticeship, men of worth and respect – but who lost their value in what seemed the blink of an eye. Pressed steel and aluminium replaced wood, and a dodgy barrel was simply scrapped – not repaired.

When a town or a place loses a business that so many are connected to, it has an impact. Part of the town identity goes with it, you can call it pride. In 2014 we took the keys of The Cider Works and brought the apples back to the town whose reputation has always been synonymous with cider. And just in time.

As my journey as a cider maker continues I have been fortunate to meet more men and women with memories of The Cider Works – and it brings me such pleasure to hear their accounts and learn, despite the years, how little has really changed. We’ve replaced dodgy roof sheets, repaired some tired flooring – but really, we’ve just moved back in. The Cider Works was built to make cider, it’s tall, it’s cool and it’s full of the fruit of our valleys once again. Let’s drink to that.

To find out more about The Cider Works, it’s history and all we do here now, book yourself into one of our frequent tour & tasting events.