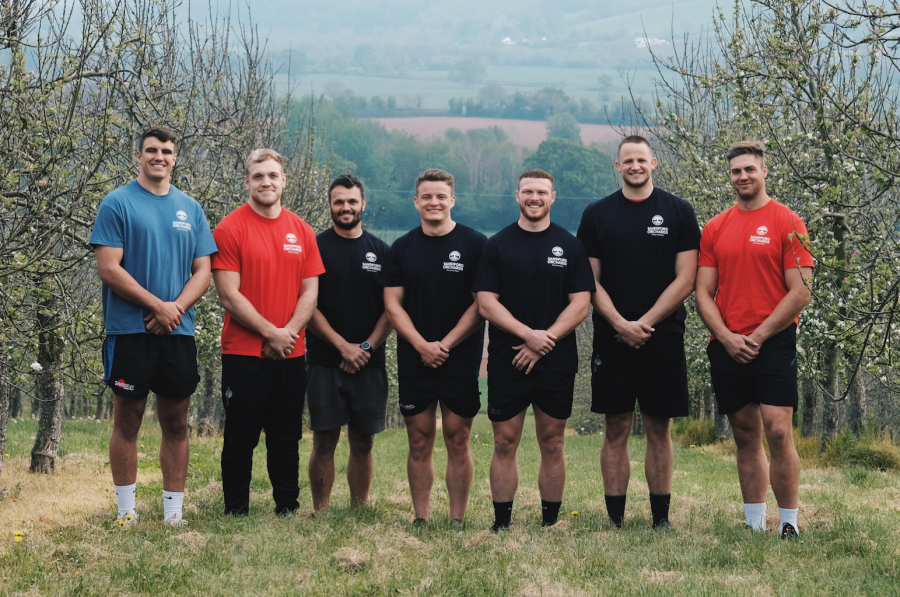 The Tale of Rib Tickler Cider: From Rugby Pitch To Cider Press

I’m around 14 yards from the try-line, the defending team are crouched and hungry. The referee eyes the off-side line like a hawk. The scrum half snaps the ball from the base of the ruck, when the ball hits my hands I am already at full cry, I look outside and move the ball to my right – but it’s a dummy, the defender now off balance receives a dominating hand off, riding over the opposing scrum-half and simultaneously crushed by the number eight I power to the line, the ball kisses the whitewash; the game is won. Tales of this moment will live forever. The crowd are on their feet. Rugby is a game for heroes.

Proper rugby isn’t about high speed collisions and breathtaking offloads. It’s not about slotting touchline penalties through a gusting hailstorm. It’s persuading the ref to blow up early – ‘cos the six nations is on in the bar. It’s only giving the offload when you know your mate’s lined up for a rib tickler cider, it’s playing on Boxing Day just for the port at half time. 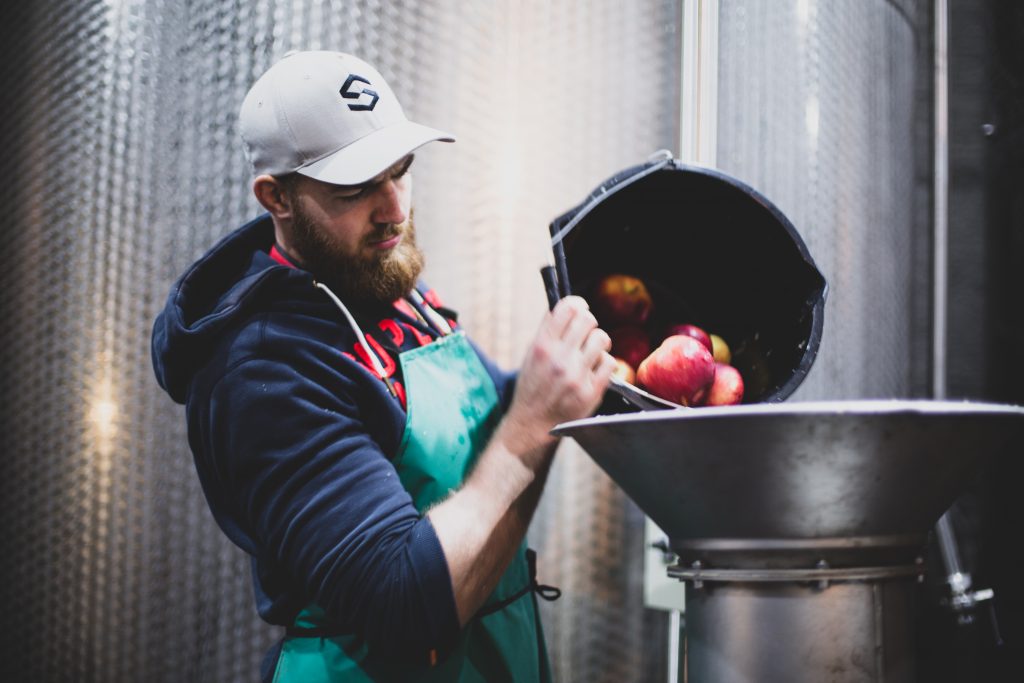 We clubmen often look at the pro-players with a ‘could’ve been me’ glint in our eyes. Deluding ourselves that somehow, at the right moment – had we been spotted, it would be posters of us that youngsters pinned to their walls. And partly because we enjoy the delusion, and partly because professional sport is such a compelling spectacle we can fail to see the reality. In truth – not everything about being a pro-sports person is a bed of roses. We show little pity, chiefly because we envy the skill and dedication that it requires to make it, we also can lack empathy for those who put their bodies on the line for our entertainment.

I was approached by Craig Townsend, the Exeter and Gloucester Rugby Players Association representative – who was a mutual friend of a fellow ‘proper rugby’ player. We had a conversation about the challenges facing players when they transition from playing to a life outside rugby. It can be tough for players to gain relevant experience to enable them to have lives away from rugby, whenever that may be.

I have some personal experience of pro-rugby, back in the days when the hair on my head hadn’t fallen down to cover my double chin – I was even offered a part time playing opportunity in France. I can’t exactly remember the year, I’d have been paid in Francs. At my best I was always a huge step down from the top-players, and have known many at all levels of the game. I have seen the joys and unbelievable highs of on-field success, and the dark despair of injury, retirement and deselection. I can honestly say, having seen the challenges – I’m glad I wasn’t good enough to be a pro. 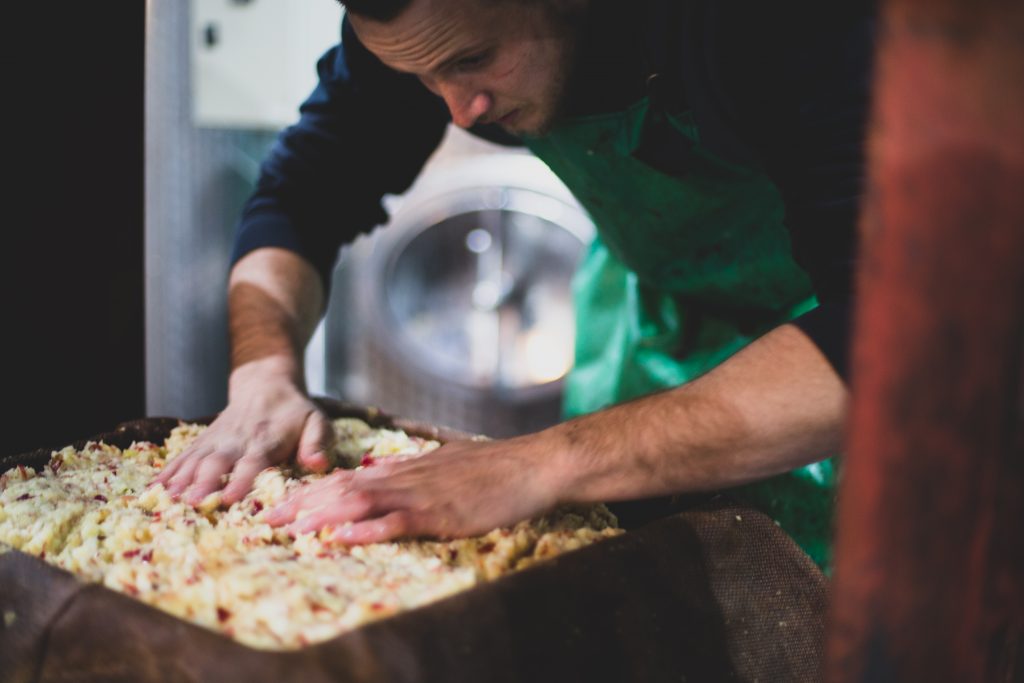 Giving The Best Years Of Their Lives To The Game

To keep 15 guys on a pitch for our entertainment – a modern rugby club will likely have 55 players on their books – with probably 15 out and 15 in per year. If you followed your local team for twenty years, over 300 athletes will have given their all – over a lifetime it’s over 1000. Heaven knows what the numbers for all professional sport would be?!

Whilst these numbers are eye-bulging, the sobering stuff comes post-career. 50% of rugby players (in just the 3 years post retirement) report financial concerns. Young people earning reasonable, but rarely life-altering incomes – suddenly faced with a severe change in circumstance. It’s tough. It’s also one of the factors which feeds into the number that is most challenging, and has been the driver behind my involvement. 61% of players suffer mental health issues post retirement. As a player you would be right to assume that you will suffer mentally when you retire. A Challenge For The Exeter Chiefs: Learning New Skills Off The Pitch

I told Craig that I’d got a challenge for his group. They had to create a cider from the orchard to the glass. Me and my team would be there to assist – but weren’t going to run it. If they wanted it to work – they had to put in the effort, they had to bring the ideas and if they did – it may just work. If they didn’t, it would fail. A significant part of the journey of any business, or sport career is the realistic chance of failure. But boy – did they deliver.

Between seven players, (which has now risen to eight) they started the journey picking apples in the orchards. Back in early November Sam Simmonds had a newly busted knee ligament. I told the lads to turn up to the orchard with boots to wear, which were obviously gonna get dirty. Various leather boots and wellies were donned – other than Sam. He pulled on a pair of ice-white rugby boots with studs. “Only chance of these things getting dirty this year” he said. It turns out, on the steep ground around Tedburn, where we were picking, that rugby boots are the ideal footwear. He certainly didn’t slip!  They pressed the apples and blended their cider. They conducted market analysis, invented the Rib Tickler name and strapline – managed the design process, briefed and re-briefed the designer, planned and executed the product launch, and are currently working off their own shoe-leather to get their cider into the marketplace. They have created and manage their own social media platform to promote and grow their brand. What they have done is undeniably impressive. They should be very proud of what they are achieving. And all the while they are raising money for important charities. They even re-planted an orchard on an old teammate’s farm. 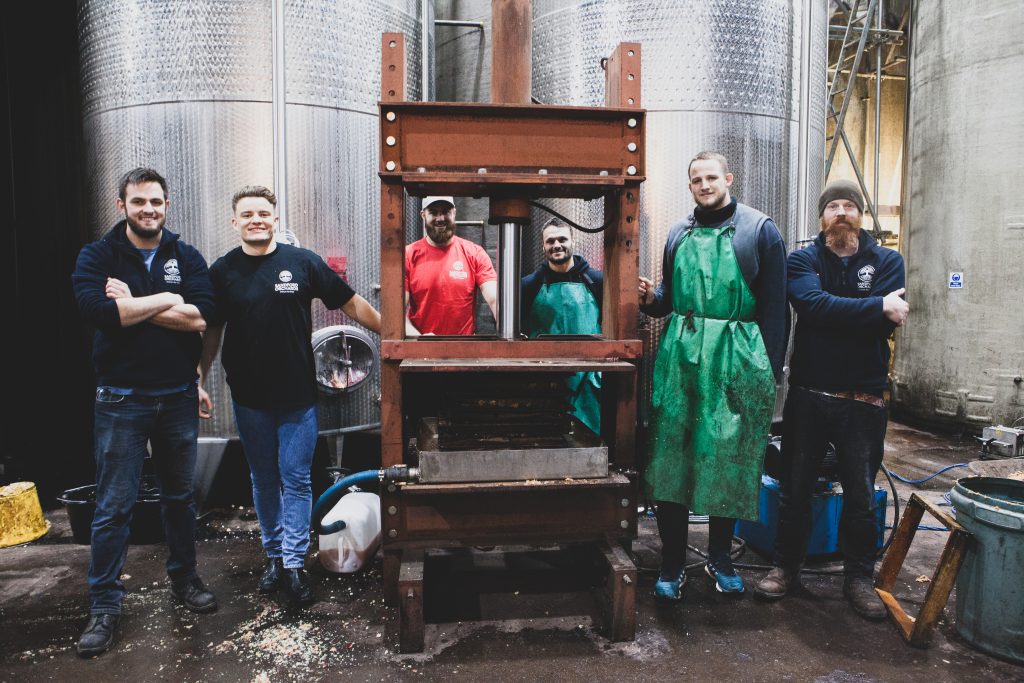 Giving Something Back: Raising Funds For The Exeter Foundation & The Wooden Spoon

It is no coincidence that Exeter have such a fine rugby team. It is a team built from an ethos which is so much more than 80 minutes of grunt and flair on the turf. That the club encourages such enriched personal development, shows a respect for the young men who try so hard for the club. It’s called reciprocity. And for whom did the players want to raise funds when the idea to put something back went onto the table? The Exeter Chiefs Foundation and The Wooden Spoon, two towering examples of rugby giving back to the community. Reciprocity. Even their designer – the utterly phenomenal Dean Sampson, has given his time to the lads for nothing. A rugby fan, and keen to support great causes, with guidance from the boys he may have been responsible for the coolest label we’ve ever seen. A cider bottle with the grip of a rugby ball? Simple, but very clever.

I estimate between my team of staff who have been available to answer questions and guide ‘Team Tickler’ if required and the guys themselves – it’s like we have created a new full time member of staff. And the cider ‘Team Tickler’ has made is a cracker. Fruitier than most of our output, with the addition of fresh apple at blending it’s a juicy, fresh and easy pint.

Working with the boys has had an unintended positive effect on me too. Their fresh-thinking and enthusiasm reminds me of the early days of my business. Some of the ideas are raw, some utterly unformed and some are creative and completely brilliant. The energy they have is infectious, and a real tonic to share in. Team Tickler, An Incredible Line Up With Total Dedication To The Cause

The guys realised that they were going to need product photography and publicity shots before the cider could go on full release. “Yep” I said, “would you like the details of our photographer?” “Nope” came the reply from James Freeman, “been chatting to Woody (Olly Woodburn), as it’s our project, we wanted to support one of our own, we’d rather use him.” And guess what. He’s got a brilliant eye, and the pictures are quality.  He’s now Tickler number eight. A week or so after bottling I had a message from Scotland forward Sam Skinner. “Could I pop in for a few cases for the boys at the club?” Such has been the support from the rest of the team and staff for their project, that a few cases amounted to nearly half a pallet! As he (over)loaded his hatch-back Sam was taking a call from a pub landlord he’d been working on to take an order, by the end of the conversation three more cases had to be crammed into the footwell.

Each of the players have brought their own personality and flair to the project. James Freeman, organiser and spreadsheet master. Toby Salmon, a naturally driven sales man, Phil Dollman a charming facilitator (and receiver of the finest vintage Rib Tickler courtesy of Will – the atomiser – Skelton) Sam Simmonds, unfussy, witty and understated. Pete Laverick, an energetic and natural communicator, Sam Skinner, eloquent and measured. Jonny Hill, natural worker and flair barman with a glint in the eye. Our honorary eighth tickler is Olly Woodburn, undemonstrative but focussed and clearly enjoys mastery of his art behind the lens.

My account of my famous sporting triumph is recorded forever in print, and would – had there been room, have included other vital nuances of the game, as it was the space allowed an abbreviated version. Crediton 15 Honiton 12.

You can buy Rib Tickler Cider online and it will be coming to pubs near you this summer.