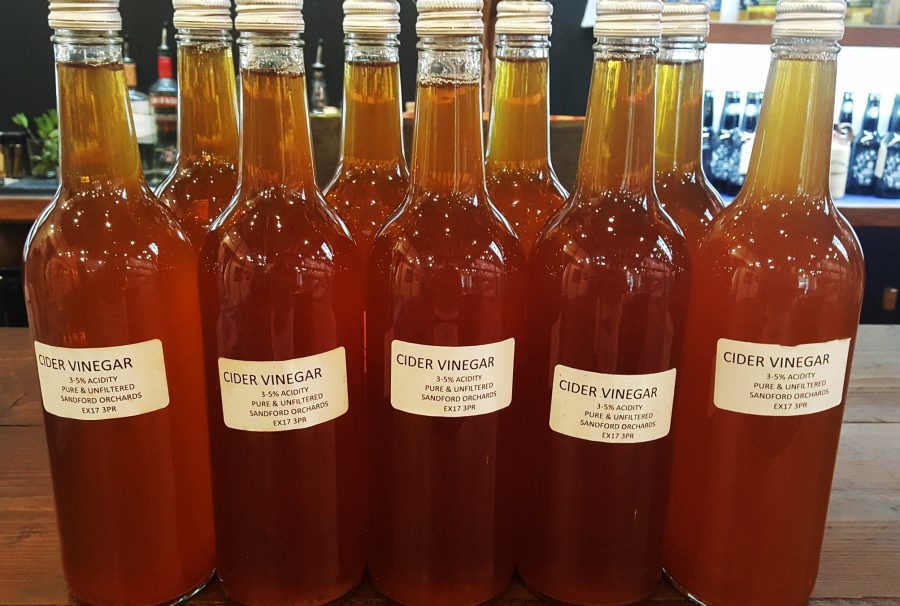 Dry, joyless January. It’s like the Grinch won the greater war in Whoville. I’m backing #FriedEgg’nHamuary next year. Is it possible that my malaise could be cured by swapping a pint for a couple of tablespoons of cider vinegar? I bloody hope not.

Ok – I’m laying it on like a farmer who hasn’t seen the sun in several months – but I reckon January is tough enough, without inflicting unnecessary privation upon us. Which is why the Wassail is such a welcome event in these parts. Two weeks into January, Christmas a full year away, the bathroom scales gloating at the December bulge and a credit card bill unopened and full of knowing malice on the sideboard. It’s when us cider-folk gather sticks, build a big fire and blast our shotguns into the night. To hell with winter, we wake up the spirits and shout out for spring. It is if you will, our January retox.

But a new year is a fine time to take stock. And our health is a justifiable matter to bring our lifestyle into focus. Perhaps we went large in December, we’re feeling bloated and sluggish and meh. Luckily part of our great repair job, and a constant source of health and vitality still tastes of cider! Two tablespoons a day contributes to numerous health benefits.

The Benefits of Cider Vinegar

Cider vinegar has been shown to increase satiety following a meal. Vinegar reduces the fast uptake of body glucose, mostly by inhibiting the enzymes that break down sugars into their smaller parts, which makes for a lower demand for insulin and a longer period of satiety. This helps prevent the post meal ‘dip’ and elongate the time the energy is absorbed over, thus keeping us fuller for longer.

Simply by correcting your gut acidity you will increase the speed and total absorption of minerals proteins and fats. When the body gets all of the goodness out of the food it’s given it feels full. If it keeps missing elements that it should be getting it feels hungry – we can misread the signals from our body and over eat, when it’s actually shouting for vital nutrients which we’re not allowing it to absorb.  50% of over-60s and plenty of the rest of the population have low stomach acid. Two tablespoons of cider vinegar with some water before a meal could easily be the difference between indigestion and an enjoyable meal.

A Japanese study in 2004 showed animals given vinegar lowered both their cholesterol and blood pressure. It also showed that vinegar in the diet activated genes which created proteins which broke down and used fats giving the rats more energy. No human study to compare this with – but then you can’t patent cider vinegar!

There is plenty of folklore and historical reference to the importance of vinegar. Hannibal was said to have used it to loosen the rocks as he battled through the Alps, Jesus drank it on The Cross – and according to Pliny, Cleopatra dissolved a giant pearl in vinegar to show Mark Antony that she could consume a meal worth over 60,000 sesteri.

Make Your Own Cider Vinegar

You can make vinegar at home. It’s really easy – and a great way to get use out of old wine and cider that you might otherwise throw away. Just by leaving old cider and wine to the air, it will turn to vinegar – best of all in a large open jar with a piece of cloth over it to stop insects. To speed up the process buy yourself some natural, fresh unpasteurised cider vinegar and add fresh cider or wine to it. The vinegar making bacteria still present in natural cider vinegar have a clever strategy to ensure that they can reach the oxygen they need to do their job. They build a boat to keep them on the surface near the air. This boat is made of cellulose which they extract from the cider – it is this which some people refer to as “The Mother”. There are other texts which refer to the famous Orlean vinegar producers in the 18th Century where the fresh wine first passes through the ‘mother barrels’ before turning to vinegar in the subsequent casks. You will know you’ve been successful when you have a floating jelly like skin at the top of your vinegar.

However beware of cheap wines and ciders high in sulphites. The sulphite can kill your vinegar plant. You must either leave these open to the air for 1 month before feeding them to your vinegar plant – or else deactivate the sulphur dioxide. 1 ml – a quarter of a teaspoon of 3 mol hydrogen peroxide (from the pharmacy) into a 75cl of wine or cider will remove the sulphite and allow it to acetify. (This also works for those with sulphite intolerance, and allows them to drink wines and ciders which may otherwise give them a headache.) This is relatively technical, and should only be considered once understanding the parameters and doing a little research. But it works.

A healthy gut increases happiness as well as vitality. Maybe the author of this could benefit from taking a little more cider vinegar, and a few less jibes at those successfully living a clean and healthy life? Probably. But I still like to take my two tablespoons of cider vinegar a day in the way the farm workers and back-house makers of yesteryear took theirs – in a quart of cider!

If you fancy giving it a go for yourself then pop into The Cider Works and pick up a bottle. Also look out for the next ‘be kind to your gut’ event at Darts Farm with Barny Butterfield & nutritionist Tamara Bennett.